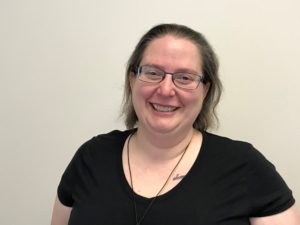 Pilgrimages have been a staple of religion and travel since early in human history. However, as travel has gotten easier and popular culture has grown in scope and accessibility, the lines between “tourism” and “pilgrimage” have blurred. This is especially evident in film-induced tourism, in which people take trips specifically to see sites linked to television shows or movies. As Game of Thrones had shooting locations all over Europe and northern Africa, rather than just a Hollywood studio lot, tourism to many of these locations has increased significantly, with noticeable impacts on economies, residents, and architecture—for better or for worse. Why do people feel the need to visit real places that stand in for fictional ones, and how does that affect the real places in question? And what similarities—if any—do these trips have with the medieval pilgrimage?

Dr. Shiloh Carroll is a medievalist and novelist focusing on fantasy portrayals of the Middle Ages. Most of her academic work has been focused on George R.R. Martin’s A Song of Ice and Fire and the HBO adaptation Game of Thrones, including her 2018 book Medievalism in A Song of Ice and Fire and Game of Thrones (Boydell & Brewer). She has also written for and serves as managing editor of The Public Medievalist. She can be found online at shilohcarroll.wordpress.com. 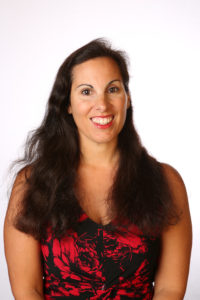 The Devil’s Country is a 25-minute documentary that focuses on the legendary history of the Devil’s Coach House, an uncanny open cavern in the wild landscape of the Blue Mountains west of Sydney, Australia. It draws together questions of the role of medieval demonology in the colonial understanding of an alien landscape, the Indigenous experience of invasion west of the Blue Mountains and ongoing sense of trauma, practices of colonial storytelling and their relation to the forgetting of settler atrocities, and the role of tourism in ameliorating and coopting scenes of colonial violence.

Dr Juanita Feros Ruys was Director of the University of Sydney Node of the Australian Research Council Centre of Excellence for the History of Emotions 2011-2018. She is an intellectual historian of the European Middle Ages with an interest in didactic literature, women’s writing, first-person life-writing, and demonology. She is the author of The Repentant Abelard (2014) and Demons in the Middle Ages (2017). Most recently she has co-edited Before Emotion: The Language Feeling, 400-1800 (Routledge, 2019) and edited a special issue of the journal Emotions: History, Culture, Society on the long history of disempathy.

Dr. Nadia R. Altschul: Global Medievalisms from the South: A Disciplinary Challenge and an Overview

Looking at medievalism from a global and comparative perspective challenges our field to expand, not only the case studies, but also the framework from which “the medieval” and its afterlives are to be understood. This plenary will provide an overview of South American examples of medievalism, showing how the functions of the medieval in the postcolonial world can reformulate our still common understanding of medievalism as a post-medieval engagement with a time that is lost or longed for.

Nadia R. Altschul teaches at the University of Glasgow, Scotland. She is the author of the prize-winning Geographies of Philological Knowledge (U of Chicago P, 2012), co-editor of Medievalisms in the Postcolonial World: The Idea of “The Middle Ages” Outside Europe (Johns Hopkins UP, 2009), and author of a Spanish-language monograph on editorial theory. Nadia’s new book, Politics of Temporalization: Medievalism and Orientalism form the Underside of Modernity (U Pennsylvania P, forthcoming 2020), critiques the temporality of the “Middle Ages” in Latin America.